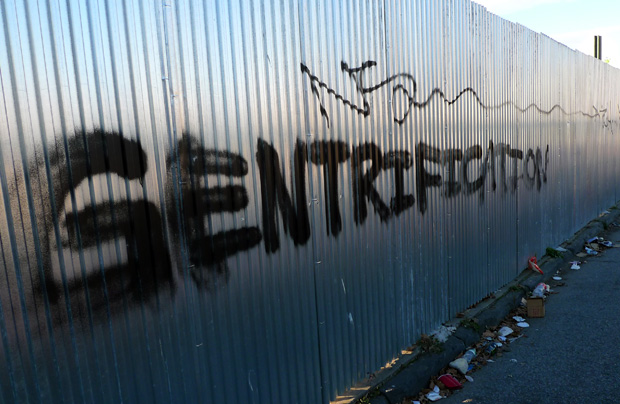 Gentrification is a process of social change and urban transformation. During the process the population of a deteriorated street, community, or neighborhood with low levels of income are displaced by another type of resident of middle to high-middle income with higher purchasing power.

This transformation in the urban and social landscape has extended to various neighborhoods of cities in the developed world (Barcelona, New York, Madrid, London, Berlin, etc.) after a period of deindustrialization. The consumer city, with its economy based on production and consumption, has reshaped the urban landscape.

The old industrial, coastal, and working class neighborhoods of the main European capitals have been the most affected by the processes of gentrification and urban-renewal.

These types of changes have affected the urban region of London and more specifically it has affected the district of Brixton. 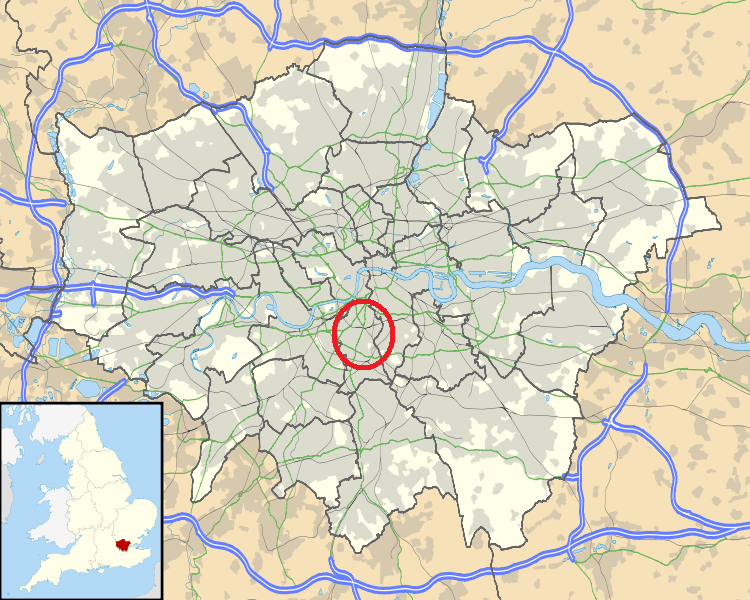 Figure 1. Map of the region of London. In red the area of Brixton.

In South London we find the borough of Lambeth and inside it is the district of Brixton. Lambeth boundary to the north is the Thames river, which flows past the neighborhood from east to west.  It has an area of 26.82 km2 and a population of 303.100 inhabitants (2011). Only 54% of that total population is white, the other 46% is made up of various nationalities. In the center of Lambeth is the area of Brixton.

Brixton is also known as “Little Jamaica” because the majority of the Afro-Caribbean population of London resides here. It has been the destination of new Afro-Caribbean immigrants since the 40s.

Until the beginning of the 19th century, the start of the Industrial Revolution, the neighborhood was dedicated to agriculture. However during the Industrial Revolution the area transformed. Between 1860 and 1880 with the arrival of the tram and the railroad, Brixton began its expansion; housing was built around the major roads to attract the London middle class.

During those years, a building typology map (fig. 2) was published based on income and class in each London borough. It is interesting to point out how the population of middle and middle-high income is located along the main roads of the city while low-income citizens lived behind them. 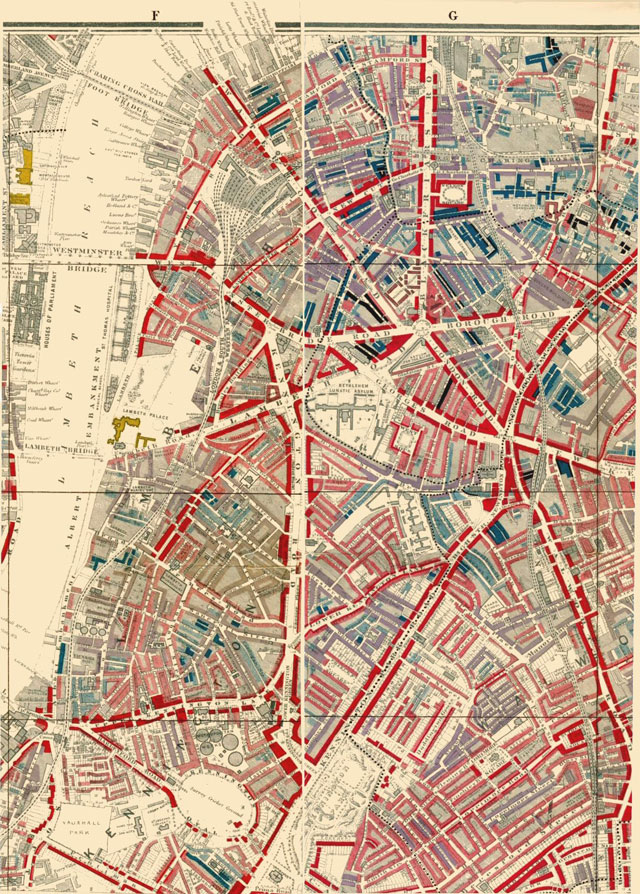 In the district of Brixton, the majority of residents were classified as middle class while the lower class was in the north of Lambeth around the centers of railroads and in streets behind major commercial areas.

In the first quarter of the 20th century Brixton became an important center of commerce in the south of London. Later, the immigrants from the old British colonies occupied the area.

Nowadays peoples of different nationalities and ethnicities mix in the district but Afro-Caribbean still predominate.

Brixton is the strategic and cultural center of Lambeth. Its livelihood revolves around two main roads, Clapham Road and Brixton Road.

Although it is characterized by low rent per capita, in the streets of Brixton the urban air feel different. The streets, the cultural spaces, the shops, and the street markets create the essence of the neighborhood. Brixton Market is the heart of the neighborhood –physically and culturally- and Brixton High Street is in a protected area that preserves the neighborhood character and the historical buildings that have not been demolished during the area’s regeneration. The most emblematic of these buildings are the Saint Matthews church, Brixton Academy and the Brixton Town Hall.

The proximity to the center of London, the cheap housing, and the “alternative” image that the neighborhood offers has attracted a new influx of people of middle to middle-high class, with a high purchasing power –denominated as yuppies-. This has caused a displacement of the working class citizens in the neighborhood to other locations farther away from the capital where the rent is cheaper than in Brixton.

The council of Lambeth has started a plan of urban regeneration for Brixton (Brixton Master Plan).

The first drafts of the documents (SPD Brixton) seem to address the concerns of private investors. It is a strategy of development for the neighborhood and it offers all the guidelines to complete the process of urban renewal in the neighborhood. Among the projects of improvement and development is the expansion of new commercial spaces, the rehabilitation of buildings, the expansion of green spaces, the improvement of accessibility to the main roads, and the creation of new public spaces. In the next figure (fig. 3) the area destined for the urban renewal project in Brixton are highlighted.

The documents state that the changes in the neighborhood are being made with the inhabitants in mind and with the full participation from the population. The reality, however, is different and it demonstrates that the process of regeneration of the neighborhood is being done for the speculative interest of the local and private powers. Furthermore it only serves to attract new capital and not to improve socioeconomic conditions for the population of Brixton and its traditional urban landscape. The goal is to convert the neighborhood rental properties to new homes ready for new buyers, thus improving the urban image of the neighborhood and displacing its current population.

Some projects have been halted, like the elimination of the Brixton Market that was going to be replaced by a new commercial centre and luxury dwellings. The termination of this project was achieved with the combined forces of all the citizens in the neighborhood. This was a definite show of unity from the population and a rejection of the new development plans created with only the administration in mind.

“The plans the council and developers put together initially were a violent insult to the cultures of Brixton. I felt angry and distressed that the people and living history in the markets were going to be stamped on and the people wanting this didn’t even notice or care what they were about to obliterate.

Too much of real London has been swept away by a tide of ‘luxury apartments coming soon’. The reality is often cultural loss, class and racial oppression and buildings without verve or style. I know a fair bit about architecture and have been in Brixton over two decades. My idea for the markets is that they should continue to provide business startups for working class Londoners and new immigrants, with the whole thing radiating out from respecting the British African-Caribbean history.”

Will the current image of Brixton be lost with the new social and urban transformations?

The new city has responded to the interest of the local Lambeth government, the real estate agents, and other agents of power that are looking to make business (housing, commercial centre, etc.) while the population of the traditional neighborhood are kept out of the debates and decisions.

Many of the citizens are against the processes of gentrification and regeneration in their neighborhood. Why?

Because of what Brixton represents. Brixton has always been a working class neighborhood, the cradle of the English punk; here is where the protest for the black civil rights movement began, and the student protest, and where the police riots happened during the 80s and 90s.

This case is also a reminder of other neighborhoods, like the historic black neighborhood of Harlem (New York). When America ex-president Bill Clinton moved into the neighborhood, the area saw an urban and social change. The housing prices skyrocketed and the new neighbors with higher purchasing power displace the black population.

Brixton is following Harlem’s footsteps, but Brixton won’t be for the English or for the bourgeois. This working class, black neighborhood is at the verge of extension because of the voracious urban capitalism and the social gentrification. Resist Little Jamaica!

History, photography and vintage maps of neighborhoods in the South of London:

Alternative Project by the citizens of Brixton and opposition to the urban renewal plans: